the linear parsing is done in few steps :

This algorithm explanation is quite clear. The only missing part is the implementation of the failure transition

Implementation of the failure transition

The failure transition tell us to which state we want to go when a failure is done (when path[i] != current_element).

This code will give an array where array[i] will give the next state when there is a failure at the state i.

If we do not implement the failure transition and we consider that the state 0 is the only state when there is a failure, the query “//a/a” will be wrong for example.

The linear parse algorithm is in the src/linear_parsing.py file:

it follows the algorithm given.

The algorithm can be tested in the test.py file where there is a test case to check if the algorithm is correct.

Implementation of the lazy dfa.

The lazy dfa is like a normal dfa with the possibily of stay put when there is an error.

This is done here :

In this way we can process the desired queries.

Time and memory test on both algorithms.

The memory usage captured does not work, I tried numerus techniques on jupyter notebook and python script but the results where never consistent. I suppose this due to the fact of how python use its data. 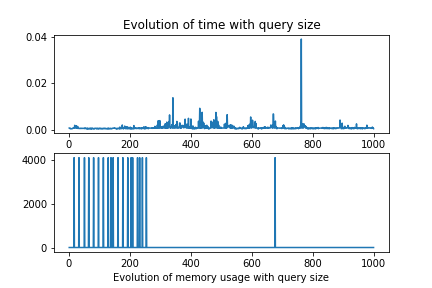 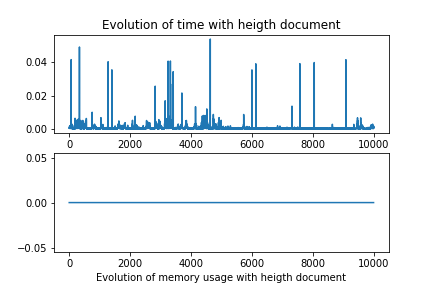 These results were not good, They show that there is not correlations between the height of the document and the query size, changed alone. 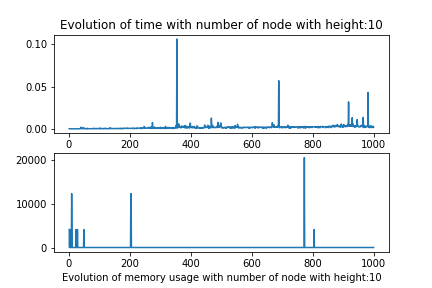 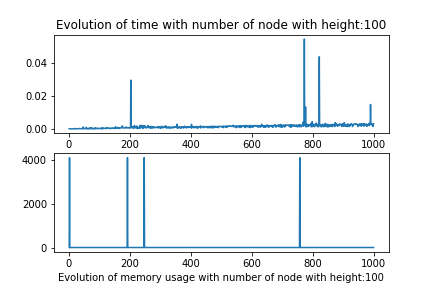 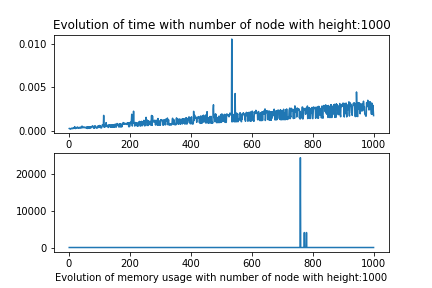 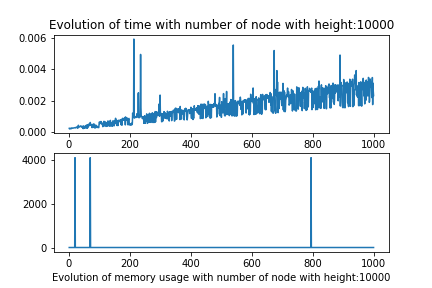 But when we modify both the number of node and height we observe that the algorithm should be linear in the term of number of node, and the multipling factor whould be correlated to the height of the document. 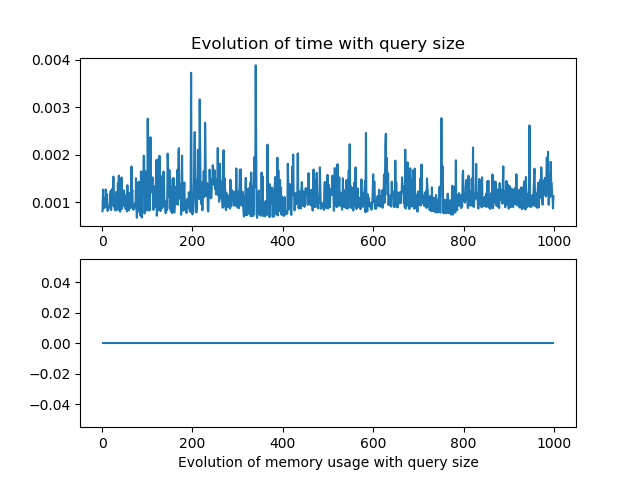 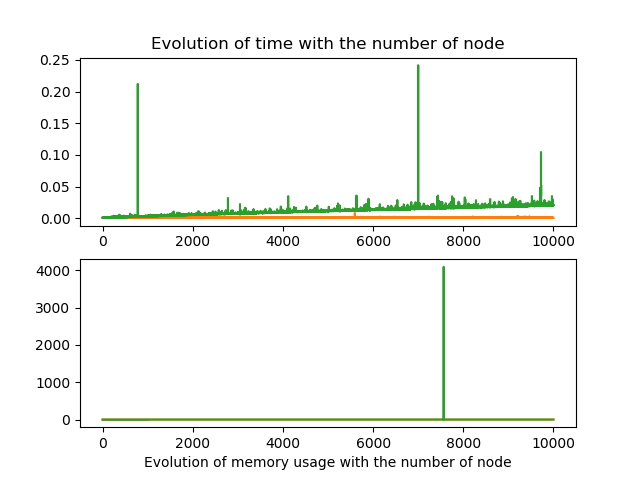 As for the linear parsing, the results were not really conclusive for the the number of node and query size variation alone. 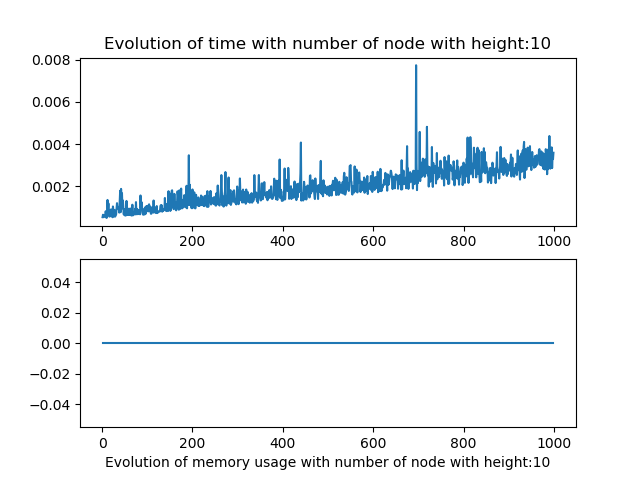 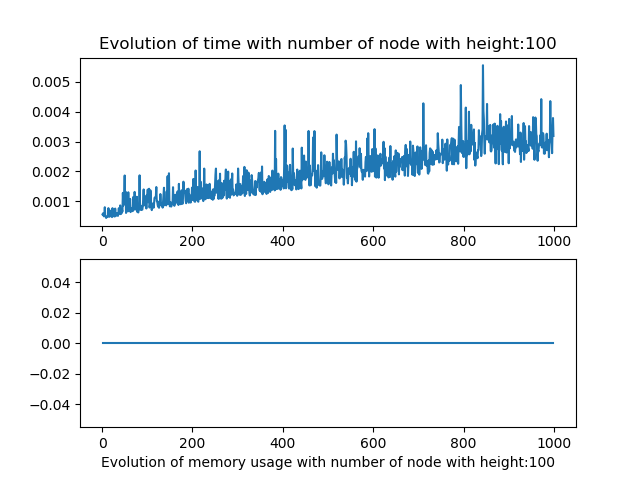 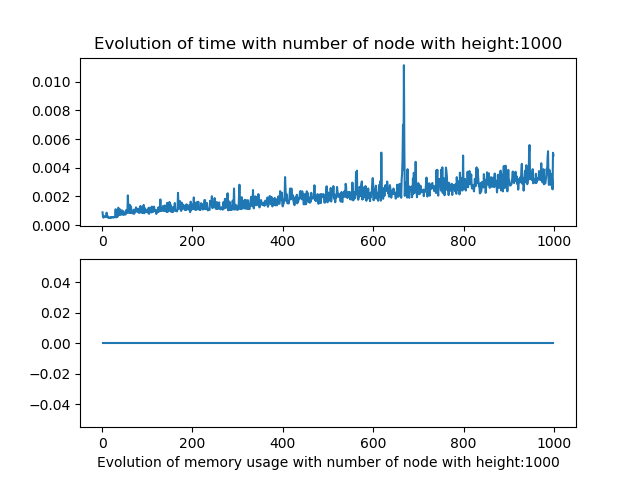 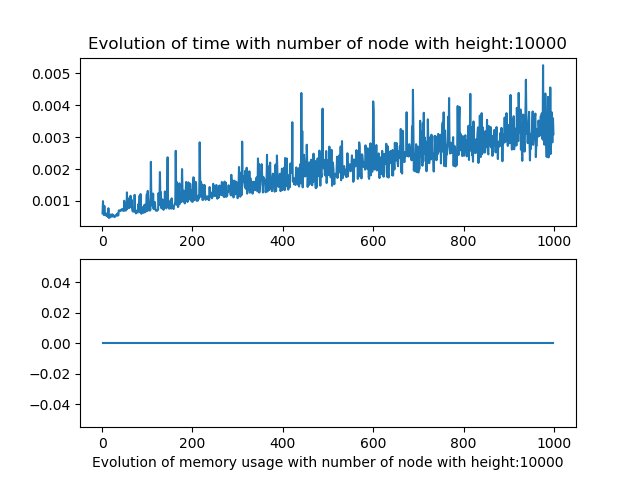 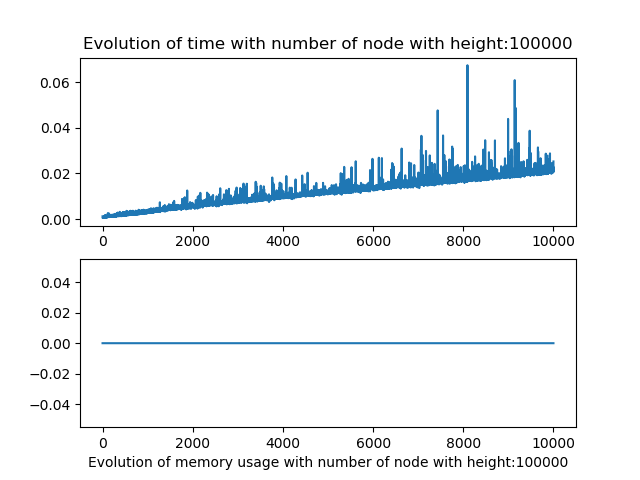 But when we modify both the number of node and height we observe that the algorithm behave in a similar fashion as the linear one.

Although the results of my experiments were not conclusive, that the memory measurement did not work properly. I think that the two algorithm can be used to work with large data, as seen in the tests when there were a variation of the number of nodes and height of the xml document. In addition, the fact that theses algorithms can be used in a streaming way is quite useful, and that’s probably why my memory measurment were not working.